[This is the second Guest Post that my friend and the current AAIHS President Dr. Hettie V. Williams has shared with us, and hopefully not the last!] 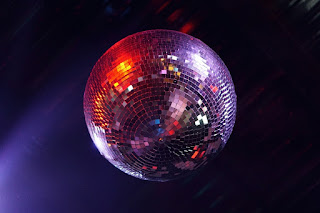 Photo by Dustin Tramel on Unsplash

With her latest album Renaissance, Beyoncѐ Knowles the Queen Bey is telling us that her soul is unbroken despite the death of her beloved "Uncle Jonny" to whom Renaissance is dedicated. Though it is aesthetically a dance-romp extravaganza or very much, and mostly, a dance party album, Beyoncѐ Knowles is also nonetheless sanctifying the dance floor with anthems that sample and pay respect to an earlier era of disco-trap house music while engaging in a level of hierography. This album is both a love letter to the "fallen angels" or victims of the AIDS epidemic like Uncle Jonny and a hierographic treatise containing descriptive texts (song lyrics) about sacred subjects. In Renaissance, Knowles incorporates a myriad of themes including religion, community, art, culture, gender, sexuality, identity, escapism, the Black Church, Black music history, pandemics, death and rebirth. Here I consider some of these themes through a discussion of Renaissance as a type of hierographic meditation. 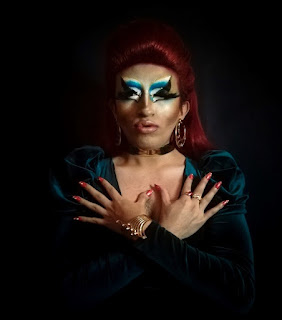 The title is an obvious play on the European Renaissance that began in Fourteenth Century Italy made notable by artists such as Leonardo da Vinci and Michelangelo who infused religious themes, symbols, and imagery into their paintings while receiving patronage from the Roman Catholic Church. It is pertinent to note here that da Vinci’s "The Last Super" is painted in a Dominican monastery (in Milan, Italy) and Michelangelo—who is known for painting the ceiling of the Sistine Chapel and "The Last Judgement"—was artist-in-residence at the Vatican. These artists were to an extent reliant upon the Church for financial support to create their art. Religion, sex, sexuality, renaissance art, and rebirth are driving themes that shape this production by Beyoncѐ Knowles. Renaissance as a concept as it applies here gets mixed, flipped and redefined.

Beyoncѐ on the cover of Renaissance posits herself as Judge—Queen Mother Goddess—final judge or as she who governs and presides over the rebirth of house music culture. She more specifically further invokes the term renaissance as applied to Black culture and, more directly, Black Church music culture. Queen Bey channels here a history of Black women’s god-talk evident in the visual art and music from the Black Arts Era to the present. She has also previously engaged Renaissance Era art and imagery in her music while defining herself as a lover and collector of art. As art critics have stated, she fuses Renaissance Era with Afro Futuristic themes suggesting a double-speak intrinsic to her style and voice. She mixes art styles in her music and self-presentation—the way a DJ might mix a record—as if to erase the line of delineation between notions of high and low art.

Knowles has often publicly discussed her penchant for collecting art while incorporating themes drawn from the visual arts, and the Renaissance Era in particular, into her music or in visual representations. In 2017, she strategically reimagined herself as Our Lady of Guadalupe in a photoshoot taken while she was pregnant with her twins. Photos taken later of the singer with her new born babies reveal a Botticelli inspired theme. We should recall here that she and husband Jay-Z recorded their "Apeshit" video at the Louvre. This video also contains Beyoncѐ as art replica in the flesh—reborn. An image of the two in front of da Vinci’s Mona Lisa also appears in the video from their Everything is Love (2018). There is a doublespeak or rather a double consciousness here in Bey’s usage of the term Renaissance to title her most recent work. She on the one hand is suggesting reverence for high art in a neo-classical sense while on the other hand applying, more specifically, the concept of renaissance to the current neo-house revivalism happening now in Black popular music culture that must also involve an engagement with Black gospel traditions.

Renaissance is a compilation that has been defined by some Black cultural critics as a type of gospel album given that a sampling of a song written by the singer-songwriter, known for her role as a member of the Clark Sisters, Elbertina “Twinkie” Clark is used in the song “Church Girl.” In terms of the imagery that appears on the album cover, Knowles presents herself as a juxtaposed figure: that of the Trap-Queen-Lone-Horsewoman of the apocalypse. Reimagined with her soul intact—and at once a work of art. Black church music features many of the elements found in house music including call-and-response, repetition, specifying and contemporary gospel praise music also incorporates a dance culture of its own. Here Bey is offering us a history lesson on the roots of Black music. She is in essence speaking in tongues as we peel back the layers of this album it is at once a history lesson and a meditation defined by a strident cultural feminism with a blending of messages.

Renaissance or rebirth has historical and contemporary implications as well as being related to the core themes of art, culture, identity, religion, pandemics, death and disco-trap culture expressed in the song lyrics that dominate this album. The use of this term speaks to the idea that an outburst of artistic fervor often follows a time of plague in this post-pandemic moment that is not yet past. In times of chaos and calamity, humans routinely turn to art and music to make sense of the world around them. Renaissance, as a term, also speaks to a phase in history when people turned away or rejected the Church to embrace hedonistic pleasures—this also as a reaction to the increased abuses of the institution during the time of the Black Death. Historians have long documented the fact that victims of the bubonic plague in the Fourteenth Century were sometimes turned away from the Roman Catholic Church when they sought relief and succor from the ravages of illness.

In contemporary times, we see some parallels regarding human behavior and powerful social institutions as Knowles alludes to in her work. Members of the LGBTQ community—victims to the plague that was/is AIDS—were not only castigated by some in the (Black) Christian Church at the height of this crisis in the 1980s but also left to fend for themselves in the streets. She calls those who died “fallen angels” while suggesting that the core disciples or heirs to the Gospels are those who care for the sick and dying regardless of sexual orientation or station in life. She tells us “Queens and Doms to the front” in “Break My Soul” letting us know that she is centering the culture and lives of the LGBTQIA+ community. There is a strident ethic of communal care demonstrated in the Black society but, more particularly, evidenced among members of the Black LGBTQ community that runs through the lyrics of many songs included on Renaissance.  Some excerpts here from two songs that appear on the album clues us in on the scripture she offers:

From "Break My Soul"

And, I’ma build my own foundation…

Got friends that cried fountains…

Nobody can judge me but me,

I was born free (born free)…

There are mixed definitions here of the “Church Girl.” She is as much the women in the church born female as she is the Trap Queen, Goddess, non-binary human and gay Choir Director who has seen his many friends die. Rebirth requires a new salvation. According to Tupac Shakur, in his song "Only God Can Judge Me" nobody can judge him but God but for this Queen-Mother-Goddess that judgement lies with her/them/they.

Knowles is intentional about the way she features members of the LGBTQIA+ community in Renaissance that is essentially a collection of songs that channel disco-trap and house dance music culture more generally. With this work, she pays homage to the true saints who created the music (the trap Queens, Drag Queens, and LGTBQ entertainers) while understanding how they used the dance floor as a form of rival geography to queer public space. She does this while also inviting members of this community such as Big Freedia heard on “Break My Soul” to participate in the writing, production and development of Renaissance. 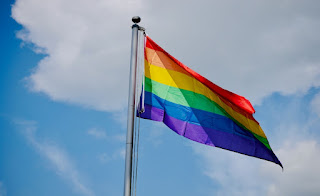 Photo by Sophie Emeny on Unsplash

This intensity in music, movement, and frenetic dance that defines disco-trap and house music culture was born out of a moment of devastation—the decimation of Black and LGBTQIA+ communities from AIDS in the 1980s. In this context, the bending over (a move to simulate homoerotic sex acts i.e. queering public spaces), bouncing, and twerking can be understood as powerful acts of sex/gender transgression and reclamation (or rebirth). By reimagining the trap as a space of fun, pleasure, and freedom Trap Queens and Drag Queens, speaking back to a violent heteronormative gender regime, helped to normalize gender-non conforming identities and sexual behaviors in the American popular imagination while reshaping heteronormative intimacies in the process illustrated with the rise of “heterosexual anal sex” by the 2000s.[1] Sexuality, Knowles suggests, is a part of what makes us human and what makes us free. She centers the humanity of a group continuously maligned, rebuked, and degraded to make this point. Her message is twofold: dance like a Queen and be free but remember this is dedicated to the true saints or “fallen angels.”

PS. What do you think]

Posted by AmericanStudier at 3:00 AM